ABCP Webinar: Working with Industries on Renewable Energy and Electrification

Working with Industries on Renewable Energy and Electrification

Electrical machines and drives are a key technology for numerous market sectors, including industrial drives, domestic appliances, renewable energy, automation, robots, electrified transportation such as electric vehicles, fast trains, more electric aircrafts, and electric ships, etc. This presentation will focus on industrial co-operation on renewable energy and electrification to illustrate the development of novel research concepts and their impact on successful commercial applications. 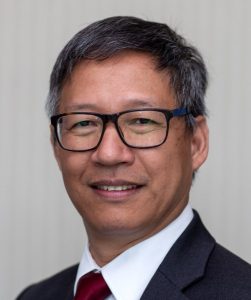 Professor Z.Q. Zhu is a Fellow of the Royal Academy of Engineering. He received B.Eng. and M.Sc. degrees from Zhejiang University in 1982 and 1984 respectively, and a Ph.D. degree from The University of Sheffield in 1991. He was a Lecturer/Assistant Lecturer at Zhejiang University for four years before joining The University of Sheffield in 1988 where he became a professor in 2000 and has been a Royal Academy of Engineering/Siemens Research Chair since 2014. Since 2008, he has been Head of the Electrical Machines and Drives Research Group, which also hosts 8 research centres including the Rolls-Royce University Technology Centre in Advanced Electrical Machines and the EPSRC Future Electrical Machines Manufacturing Hub.

Professor Zhu is Academic Director of the Sheffield Siemens Gamesa Renewable Energy Research Centre for off-shore wind power generation (2009-), Director of three Midea Electrical Machines and Control Systems Research Centres for domestic appliances and automation (2010-), and Director of the CRRC Electric Drives Technology Centre for fast train propulsion (2014-). Currently, he is leading the EPSRC Prosperity Partnership on “A New Partnership on Off-shore Wind Power”. His research interests include design, modeling, and control of permanent magnet machines and control systems for a wide range of applications, including electric vehicles, wind power generators and domestic appliances. His research activities are extensively sponsored by the UK government and the global industries, the outcomes being exploited successfully for commercialisation by Siemens, Midea, Toyota, Nissan, Valeo, Rolls-Royce, and CRRC etc.

He is the author/co-author of >200 patents and >1200 refereed papers including >450 IEEE Transactions and IET Proceedings papers, which are cited extensively with a Sci citation of >19000/h-index=73 and a Google citation of >33000/h-index=90. He is the recipient of the 2021 IEEE Nicola Tesla Award and the 2019 IEEE Industry Application Society Outstanding Achievement Award, the 2019 Foundation Prince Albert II de Monaco Award, and the 2018 Guandong Province Science and Technology International Co-operation Award. He received 34 Best Paper Awards, including 6 IEEE/IET society/journal awards. He has supervised 80 graduated PhD students and 35 post-doctor Research Associates.